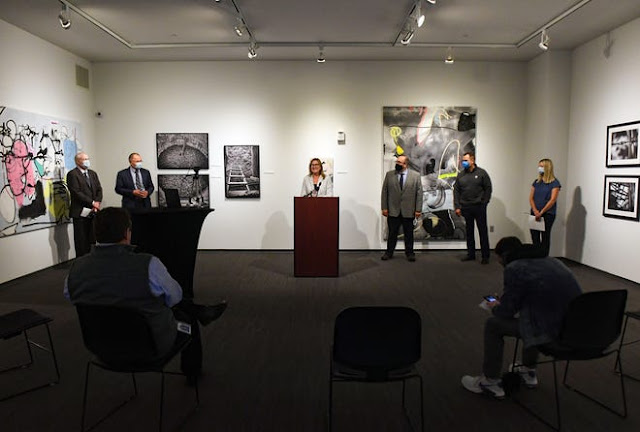 Malsam-Rysdon was thrust into the spotlight when the COVID-19 pandemic hit South Dakota in 2020. She became a regular fixture in Noem’s daily then semi-weekly briefings.
In an interview with the Argus Leader in March 2021 reflecting on a year of the pandemic, she spoke about the challenges of trying to get COVID-19 tests and finding hospital beds. At one point, she had eight phone calls with the Centers for Disease Control and Prevention a week.
“I really felt like we were doing what we could do to, you know, just help people understand this is serious, and you’ve got to take it seriously,” Malsam-Rysdon said, reflecting on the increase of cases during the fall of 2020.

State employee for over 20 years

Malsam-Rysdon had headed the Department of Health since 2015. She joined former Gov. Dennis Daugaard’s administration in 2014 and worked in various roles across the social and human services departments.
She started in state government in 1995, working for the Department of Human Services, according to the previous reporting when she made the move to Daugaard’s administration. She became the director of the Division of Mental Health in 2000 and served five years in the position before becoming deputy secretary of the Department of Social Services.