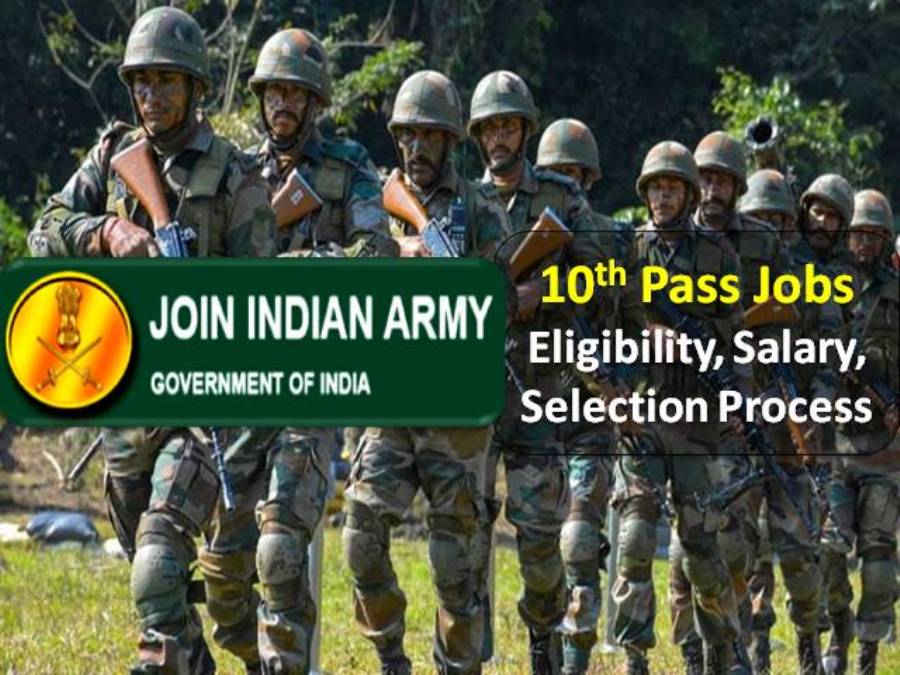 How to Join Indian Army after 10th? Check how to join the Indian Army after passing the 10th Standard including Eligibility Criteria, Salary, Promotion, Physical Standards, Selection Procedure 2022 & Preparation Tips.

How to Join Indian Army after 10th?  Working with the Indian Army gives you the opportunity to have a brilliant career. Every year 30 to 35 lakh individuals appear for recruitment in the Army, which offers the role of a leader, opportunities full of diverse challenges, a distinctive career to serve the nation, a handsome salary, adventure, sports, altruism, sacrifice, and no end to this. The unique career offers the following facilities to all the Ranks:

So, let’s look at the ways through which defense aspirants can join the Indian Army after passing the 10th Standard.

The following tests will be concluded as part of Physical Fitness Tests (PFT):

Shortlisted candidates will be promoted to the post of Sepoy after training:

The Soldier (General Duty) are the backbone of the army and consist mainly of fighting troops apart from other trades. You could be enrolled in Arms or Services. The duties will be as under:-

System of awarding marks for various categories are as under:

Performance of individual for Soldier General Duty, Soldier Technical / Clerk / Store Keeper Technical / Nursing Assistant and Soldier Tradesman will be taken into account while awarding bonus marks as given below:

Each unit and Headquarters (HQ) of the Army is self-contained in maintaining itself in all respects. It is like a society that is fully self-sustaining and not dependent on outside help. Each unit has a strength of 600-1000 personnel who live within a compound and get all support from within that compound/society. Thus each unit has its own cookhouse, stores, living quarters and lines, offices, vehicles, and equipment.

There is thus a requirement of a lot of support staff to run various institutes and to maintain the unit area.

The selection process for Indian Army Soldier Tradesman consists of 7 stages. Below is the list of all 7 stages:

System of awarding marks for various categories are as under:

Performance of individual for Soldier Tradesman will be taken into account while awarding bonus marks as given below:

Tradesman Mate/Tradesman Semi Skilled on the Level-1 pay scale (Rs. 18000-56900) with three years of qualifying service in the grade who has passed the prescribed trade test.

Standard Minimum Height, Unexpanded Chest and Weight of Recruits at the Time of Enrolment for All Categories

* Dispensation in chest measurement of 01 cm has been granted for Soldier Technical category in the Central Region.

Minimum physical standards as given below will apply to the followings:

Note:* Regional physical standards lower than the standards laid down in Paragraph (j) above will be applicable to clerical candidates belonging to those region.

The following categories will be permitted relaxations in physical standards as mentioned against each:

The following Bonus Marks will be awarded on qualifying in the written examination to under mentioned categories :

The following Bonus Marks will be awarded on qualifying in the written examination to under mentioned categories :