As you are all aware, UPSC has released the calendar for various examinations, including the NDA 2 Notification 2022. The official notification for NDA 2 2022 was released on the 18th of May 2022 on its official website for the course beginning on the 2nd of July 2022. Along with the notification, 400 vacancies were announced, including vacancies for female candidates. UPSC (Union Public Service Commission) holds the NDA Exam twice a year to select candidates for admission to the elite National Defence Academy and Naval Academy.

On upsc.gov.in, the Union Public Service Commission (UPSC) has published the NDA 2 Notification 2022. Unmarried male and female candidates can now apply for the UPSC NDA 2 Exam 2022 via upsconline.nic.in.

The commission has 400 seats available for admission to the NDA’s Army, Navy, and Air Force wings for the 150th Course, as well as the 112th Indian Naval Academy Course (INAC), which begins on July 2, 2023.

Those who successfully register for UPSC NDA 2022 will be summoned to appear across the country on September 4, 2022 (Sunday). Female and male candidates in the 12th grade are eligible to take this exam. As a result, once the application link is activated, they should submit their application before June 14, 2022. Following the completion of the written exam, the commission will hold an interview round, which will be conducted by the SSB.

The following are the approximate number of vacancies to be filled based on the results of the NDA 2 2022 examination:

Candidates must be physically fit according to the National Defence Academy and Naval Academy physical standards. They should be able to meet the following requirements:

How to Apply for NDA Notification 2022?

Candidates who wish to apply and are eligible must follow the steps outlined below to successfully apply for UPSC NDA 2022.

Candidates will pay the online application fee by depositing cash in any SBI branch, using the State Bank of India’s net banking facility, or using a Visa/MasterCard/Rupay Credit/Debit Card.

UPSC NDA 2 is an examination process conducted by the Union Public Service Commission to provide opportunities to young people in the country who want to work in the defence sector. The NDA 2 Exam 2022 will be used to select candidates for defence jobs in two stages:

A candidate who passes a written examination will be invited to take a personality test to assess intelligence and personality. To be included on the merit list, candidates must pass both stages. UPSC will generate a merit list/final result based on the cumulative score of the Written Exam, and the SSB will be considered for final selection.

There will be objective questions about:

The Mathematics and General Ability Test will be of the objective variety.

Mathematics and Part “B” of the General Ability Test will have question papers in both Hindi and English.

After reading this post if you still have any questions about how to apply for NDA 2 Notification 2022, you can mention them in the comment section below. 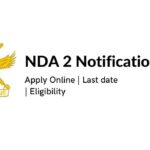 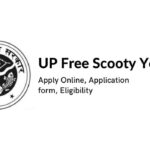 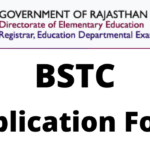 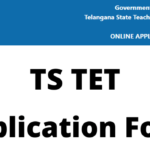 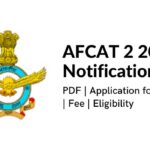