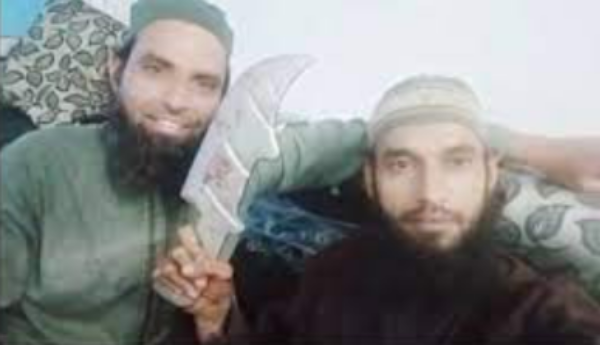 Udaipur, located in Rajasthan, had sporadic outbreaks of violence when Udaipur tailor killed by two men there and then released videos online that said they were seeking revenge for an insult to Islam. As a result, a portion of the city was put under a curfew. Mobile internet connections have been banned for the next twenty-four hours, and prohibitive measures that forbid individuals from the meeting have been enforced throughout the state for the next thirty days.

Two persons have been taken into custody by the police in Rajasthan on suspicion of savagely slashing to murder a tailor for posting a social media post in favour of controversial statements made by a former spokesman for the Bharatiya Janata Party against Prophet Mohammad. The defendants, Gaus Mohammad and Mohd Riyaz Ansari have been identified, and the victim, Kanhaiyalal, is known to be a tailor.

The suspects were apprehended based on two videos that they had posted to their Facebook account: the first video depicted them carrying out the murder of the victim in a truly horrific manner, and the second video included a confession to the crime as well as a threat to Prime Minister Narendra Modi. As a result of the crime, demonstrations have been held in Udaipur’s Malda street.

The authorities have asked people to refrain from watching the video, which has gone viral, to keep the harmony. According to the reports, the state of Rajasthan has taken extra security measures, including suspending internet access and posting additional personnel.

Not only did the suspected killers execute the tailor by beheading him, but they also recorded the whole murder. The unfortunate incident occurred on Monday at around 2:30 p.m. It began when a man named Riyaz and another person rode up on a motorcycle.

Akhtari boasted in a videotape that they had “beheaded” the guy and then went on to issue a threat to Prime Minister Narendra Modi, claiming that their knives would also get him. The attackers also made a veiled reference to Nupur Sharma, a leader of the BJP who was expelled from the party for commenting on the Prophet Muhammad. The victim had owned and operated a tailoring business in the Dhan Mandi neighbourhood of Bhoot Mahal in Udaipur called Supreme Tailors.

As a result of the killing of a tailor, which sparked communal unrest in the city of Udaipur, Rajasthan, a curfew has been enforced in seven police station areas of the town as of 8:00 p.m. on Tuesday until additional instructions are issued.

A team of the Rajasthan Armed Constabulary (RAC) have been sent to Udaipur, along with two additional police directors, a deputy inspector general, and a superintendent of police.

ADG Law and Order Hawa Singh Ghumaria announced that a warning had been issued at the state level. That range IGs (inspector generals) and SPs should increase patrols and force mobility as a precaution.

The Chief Secretary of the State, Usha Sharma, has ordered that mobile internet service be suspended for 24 hours in the state and that section 144 of the Criminal Procedure Code (CrPC) be enforced, which prohibits more than four people from gathering in any district for 30 days.

Following the daylight beheading of a guy in the state of Rajasthan by two other men, a team from the National Investigation Agency (NIA) was rushed to the city of Udaipur. Both Gaus Mohammed and Riyaz, the two suspects who were apprehended, are natives of the neighborhood of Surajpole in Udaipur.

Both of the suspects have been taken into custody at this time. Order and law are being maintained. Security personnel prevented individuals from exiting the bylanes. After the brutal death of a tailor in Rajasthan’s Udaipur put the city on edge, Rahul Gandhi of the Congress party says he is very saddened and is appealing for calm today.

“The horrible murder in Udaipur has left me in utter disbelief. The use of brutality in the name of religion is intolerable and must be condemned. Those responsible for spreading fear as a result of this abuse need to be punished without delay. Together, we must overcome hatred in this world. An approximation of the translation of Gandhi’s tweet into Hindi read, “I urge everybody; please continue to preserve peace and fraternity.”