Karnataka CHO Hall Ticket 2022 will be released on November 17, 2022. Candidates who are going to appear in the written exam can download their CHO Hall Ticket Karnataka 2022 by visiting, karunadu.karnataka.gov.in/. Scroll down to get more details about the release of the admit card.

National Health Mission, Government Of Karnataka has officially disclosed the NHM Karnataka Hall Ticket 2022 for written examination will be only released in online mode, a vast number of candidates are going to appear in the examination, which will be held across the State on November 19, 2022.

Candidates who filled the online application to get the job for the post of Community Health Officer in Karnataka are eagerly waiting for the release of the karunadu.karnataka.gov.in 2022 Hall Ticket, which may be released in the near future. Just after the release of the hall ticket, a direct link to download the call letter of the written exam will be made available to us, below.

NHM, GoK has invited those candidates, who are eligible to be recruited as personnel at the post of CHO. Officials are going to fill in 1048 posts of Community Health Officers through this Recruitment Drive. If you are one of those thousands of aspirants who filled the online application form, then you can get more details by checking out the tabulated data.

National Health Mission, Government of Karnataka has officially released the NHM Karnataka CHO Exam Date 2022. Exams will be conducted in Computer Based Test mode on 19th November 2022 in all 31 districts of Karnataka at various examination centres.

One who is going to appear in the Online Exam needs to visit the respective exam centre with all required documents, which is mandatory to get entry inside the exam hall. It will be totally prohibited to carry any electronic device inside the exam hall, so make sure to don’t carry any thing which is not allowed.

Aspirants who are going to appear in the Written Exam must know that a total number of 80 objective questions are going to be asked from 10 different subjects, which are as follows.

1). Go to the official website of the National Health Mission, Karnataka, which is accessible at karunadu.karnataka.gov.in/.

2). Now, you have to find and click on the option of the NHM Karnataka CHO Hall Ticket 2022.

3). At the end, you will be asked to fill in your Registration Number and Date Of Birth and click on the Submit button.

Where to download the call letter of the Community Health Officer exam?

Go to karunadu.karnataka.gov.in to download the hall ticket of CHO Written Exam.

When will the CHO Exam Admit Card 2022 be released?

Admit Card for the post of Community Health Officer will be released on November 17, 2022. 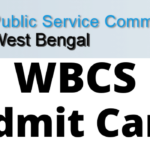 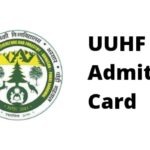