Sigma Battle Royale is a recently launched game, which is very similar to Free Fire. It was released on PlayStore, but now it is removed from there because it’s graphics, game play and all was similar to Free Fire. Those looking for Sigma Battle Royale Download APK need to wait a few weeks for the release of this game again on PlayStore and iOS Store.

After the re-release of Sigma Battle Royale, you will be able to download it from the Play Store for Android devices and from the App Store for iOS devices. Previously, it was released on PlayStore on 28th November 2022, but it was removed because of copyright infringement, the Sigma Game is similar to Free Fire, but it was not developed by 111 Dots Studio and published by Garena.

Players who are looking for Sigma FF Lite Download Link must know that this application is not the lighter version of Garena Free Fire. Garena, who developed and published FF and its Max version, will also release the light version in January or February 2023. On the third party application downloading Platform, you may find the APK File of Sigma Free Fire.

We all know that Free Fire is one such game which is very popular among youngsters not only in India but also in different countries of the world. Players who love to play Free Fire have been looking for FF lite release date for a long time, although the developer and publisher has not yet officially told when the lite version of free Free Fire will be released.

Sigma Game Inc is a game developer and publisher company, for your information, let us tell you that this publisher or developer has nothing to do with Garena or 111 Dot Studio, who are considering this game as Free Fire Lite, they must know that, in fact, it is just a scam.

Note: I would request all the players that even if they find the APK file in any way, do not download or install it because it may have privacy concerns. If you want to download and test this game, then for this you should install it in such a mobile in which your personal data, details or credentials is not available. (If you download this game, then, it is highly recommended to play as a Guest).

The Sigma Battle Royale game was released only for Android users, the game is not currently available for iOs Devices, and it is not expected whether the application will be available on the store, because the game is very similar to Free Fire. In such a situation, this game may be available again on the play store and on the iOS store, when the graphics of the game or anything else will not be similar to Free Fire.

1). To download Sigma Battle Royale, you must first go to any third party APK downloading platform.

2). After going to any third party gaming apk download platform, you will see a Search icon, click on it.

3). Now a Search Bar will open in front of you, here you search ‘Sigma Battle Royale’.

No, Sigma Battle Royale is not Free Fire Lite, this game was developed and published by a different publisher than Garena.

No, Sigma Battle Royale is not available on Play Store. 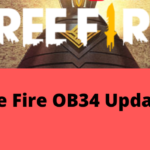 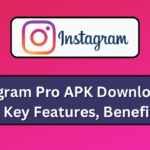 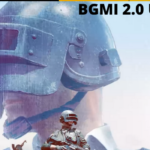