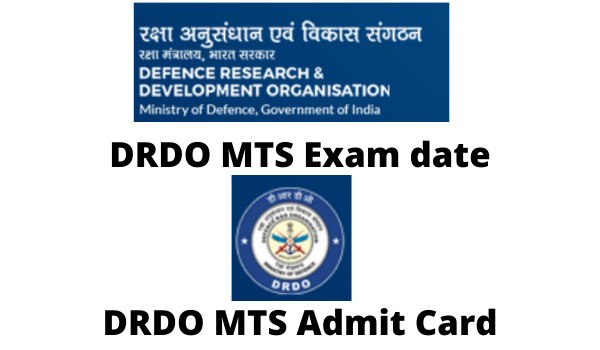 
India’s Defence Research and Development Organisation has released a job notice for 1,817 Multi Tasking Staff positions along with DRDO MTS Exam date. The registration procedure has been completed for almost a year, yet the authority has yet to conduct the test. The job posting for these DRDO MTS positions was published in December 2019.

The Multitasking Staff recruiting test will be held by the Recruitment Council of the Defence Research and Development Organization on the planned day, which has yet to be declared by authorities. According to a few media reports, the DRDO MTS Test Date might be released in the last week of February 2023, with the exam taking place in March or April 2023. Continue reading this article to receive the exact downloading link for the test date notice as well as the step-by-step approach.

The DRDO MTS Exam was initially set for July 2020 but was postponed due to the Covid-19 First, Second, and Third Wave. The MTS Tier 1 Exam 2023 in April-May 2023 by the DRDO. The DRDO MTS Tier 1 Admit Card will be available 15 days before the test.

The following steps will help you download the Defence Research and Development Organization Multitasking Staff Exam Notification. You will then download, verify the examination date, and get associated information.

Tier-I (CBT) examinations for DRDO MTS were previously slated for July 2020 but were postponed because of the Covid-19 crisis. The DRDO will distribute the Tier 1 MTS Online Exam 2023 admit card about two weeks before the exam. The hall tickets are only available to those who are qualified.

Because the educational requirements for the DRDO MTS Entry Test are Class 10th and ITI, lakhs of people are expected to apply for these positions. The applicant should also consider that the Tier 1 CBT is a qualifying exam. Only the Tier 2 computer-based exam will create the final merit list.

The DRDO Multitasking Staff Test Hall Ticket will be available online. You must use your registration credentials to get your hall ticket using the official DRDO web page in the online method. India Post will not deliver your call letters.

On the DRDO MTS Admit Card 2023, the test center information, candidate’s image, profile information, and exam time will be printed. In addition to the hall ticket, the examinee must bring a government-issued photo ID on the test day. Here’s how to get your CEPTAM MTS admission card once the DRDO releases it:

Since its inception, DRDO has made significant progress in the development of effective systems and critical technologies such as aircraft avionics, uncrewed aerial vehicles (UAVs), small arms, artillery systems, electronic warfare systems (EW systems), tanks and armored vehicles, sonar systems, command and control systems, and missile systems. Programme Indigo was DRDO’s first surface-to-air missile (SAM) project for the Indian military. However, due to its lack of success, it was stopped. 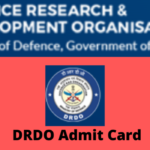 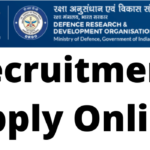